Be Inclusive - Embracing and Valuing Our Differences 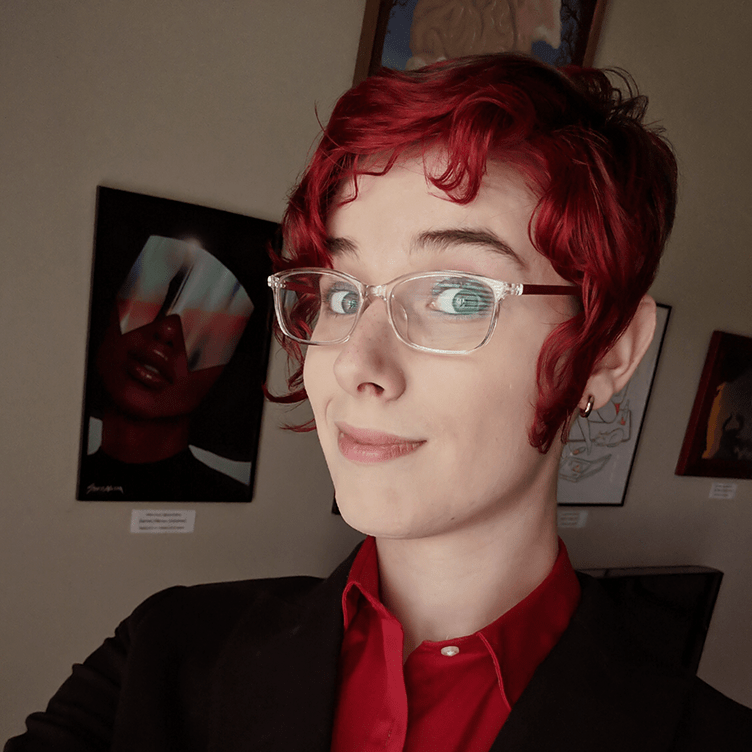 When I was looking for my first job out of University, I learned about a job opening at TEN7. I looked at the website and was immediately intrigued when I saw how open they were about their mission and the values that drive them. After interviewing with the leadership team, my interest only grew. I got the sense that this was a team that actually believed the words on the page, and they were working to make those words and the values a reality.

I didn’t get that first job but I stayed in touch and recently joined TEN7 as a contractor. Now that I’m on the inside, interacting with people across the company, I’m even more convinced these core values are really a part of TEN7 culture.

One core value that particularly resonates with me is Be Inclusive. To me, this means being accepting of other people and embracing the differences we all have. Everyone brings a different set of life experiences to what they do. As we work to Be Inclusive, we are embracing what makes us unique, and that brings us together too. It's wonderful.

This value is important to me because I grew up in an environment where the idea of being inclusive was not common. I grew up in a small town that was 90 to 95 percent white. My immediate family was completely white but I have cousins who are mixed race.

Growing up in that environment, with both my cousins, who are wonderful people, and my parents, being not so wonderful, and a lot of the people around me being extremely racist, it was very painful for me. I was expected to accept the terrible things that were said. I quickly learned, when I was four or five, that wasn't okay to me. I stopped paying attention to them. I lost a lot of my faith in religion, because things that were said behind closed doors negated the open sayings and the open actions of people.

So much of that world where I grew up was all about NOT being inclusive and hating other people's differences, whether that was their religious beliefs or the color of their skin or how they raised their children. For a lot of my life I’ve been trying to undo a lot of the things that I started to internalize back then, ever since I realized that it wasn't okay.

Going to University was a major moment for me. My high school had very few people who were not white and not straight. One of the reasons I chose the University that I did was because it was both close to home and it had a very strong Diversity Center with a wide variety of people. In my first semester I was in a Japanese class and half of it was taught by a Chinese student, who, I think, was a master's degree student learning Japanese. There were a lot of Chinese students in the class too. That was my first experience of interacting in an environment with people who didn't look like me. It was eye opening to see what an inclusive and strong environment could look like because we all had a common goal and we all interacted together and learned about each other.

Ever since then, I've been seeking out these environments and learning about other people's experiences, and it's something that I have loved to do. So, joining TEN7, I’ve been making a point of talking to people and taking little moments to ask people questions. Just being able to hear about people's lives and have fun and learn. It's wonderful for me.

More and more, it seems spelling out company values is becoming an expected norm. The thing that is surprising to me about TEN7 is that there's action behind it. In my time here I’ve seen that play out in a number of ways.

On a personal level, I’ve seen the way TEN7 leaders live up to their pledge to Be Inclusive and open themselves up to ideas from anyone on the team. Recently I had some suggestions about our JIRA ticket system and how our process for updates was different than the process for creating tickets for other types of projects. I mentioned this to our Director of Operations, Dani, and the very next day the leadership team changed the process. That might seem like a small thing, but the fact that I, as the most junior developer, was noticed and taken seriously, meant a lot to me. That’s putting Be Inclusive to work, listening to what people have to say no matter where they are in the company.

The TEN7 commitment to Be Inclusive plays out in other ways as well. For example, Ivan and TEN7 matched all donations to Planned Parenthood, going that extra step to back up their public statements. TEN7 didn’t just change their logo for Pride Month, they put out statements of support and discussed the importance of Pride in team meetings. That's the important thing for me, is that there's that second step.

I’m proud to work as part of a team that is committed to Be Inclusive, and I am committed to do my part to make sure we live up to this important value.

Other TEN7 Voices on Be Inclusive

“People tend to think in straight lines. But sometimes we have to skip the track and try a different approach. Having a mix of people helps us do that. At TEN7, I’ve always felt like I can be myself. I can be authentically me. It's important that everyone who comes here feels like they can be themselves. When you're at work, when you're communicating with people, you don't want to have to cover up who you are because that gets in the way of being a good worker and feeling safe and comfortable. If you're carrying that burden, it puts a distance between you and other people and that's not healthy.”

Madeline Holland
Junior Developer
In Madds' eyes, the things most worth doing are those which have a positive impact on the world and the self.

To Our Blog
Culture
What “Living Our Values” Really Means